For more than 15 years, JOCHAMP became a leading provider of cost-effective chocolate bar wrapping machines. We are accepting different requirements and solutions from some chocolate manufacturers worldwide. JOCHAMP has the Research & Development team working with us for an average of 20 years’ service. Our team is putting our big effort to provide:

Send Your Inquiry Now
Get Our Best Quotation

JOCHAMP chocolate bar wrapping machine is very suitable for wrapping chocolate and nutrition bars. Our machine has an automatic conveyor belt for feeding, which can help increase the capacity of production and reduce labor costs. Aside from that, our wrapping machine’s optional system of water-cooling provides a wrapping process with low temperature to prevent the chocolates from melting and deforming.

JOCHAMP is a superior provider of wrapping machines for various shapes and types of chocolate bars. Our chocolate wrapping machines are designed with innovative engineering and excellent performance. JOCHAMP also renders imaginative freedom to design styles for packing. Our machine can use different types of wrapping materials like paper, aluminum foil, and cellophane. 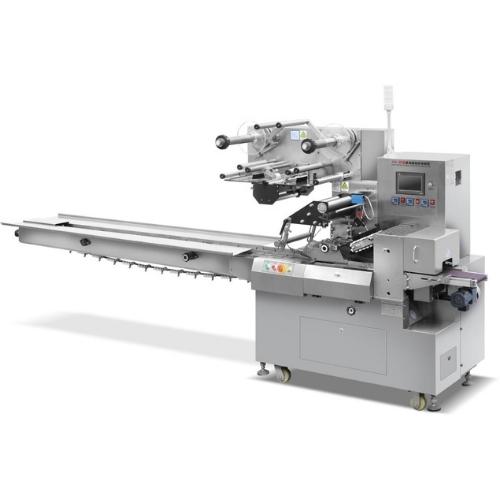 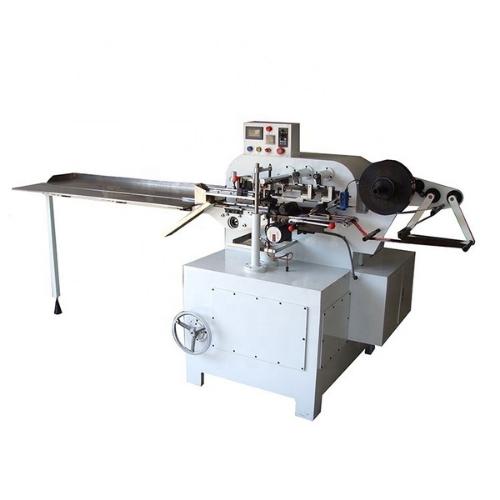 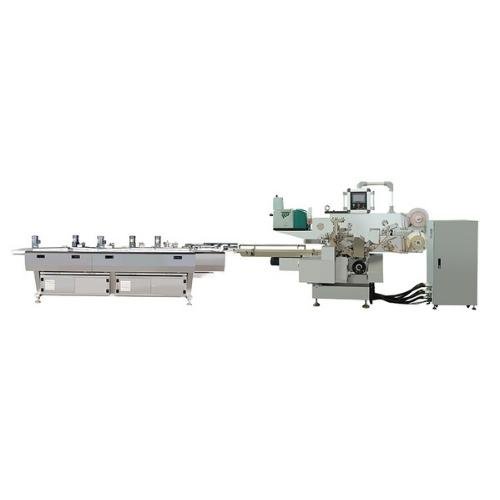 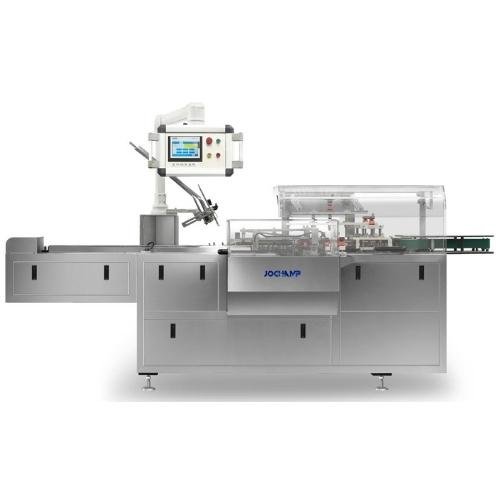 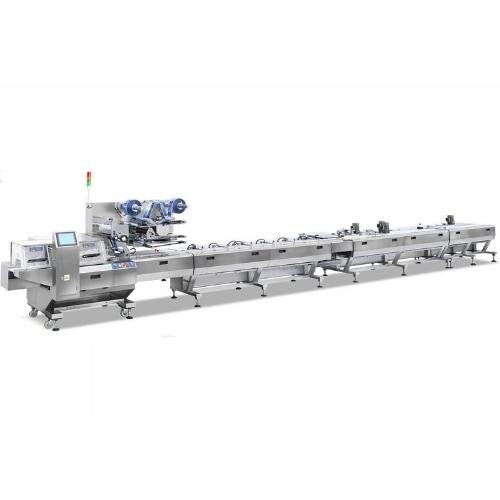 JOCHAMP wrapping machines are not only durable but also provide superior protection to chocolate products and allow high output.

As we have innovated our wrapping machines, we can now officially offer automated wrapping solutions to our valued clients worldwide.

For wrapping and packaging chocolate bars solutions, we have an expert specialist that more than 20 years has made JOCHAMP become one of the leading companies. Some medium-sized producers and even global players are now putting their trust in the chocolate wrapping machines from JOCHAMP.

We have the specialist knowledge for fold wrapping chocolate bars. JOCHAMP has also specialists and employees that have deep knowledge and understanding of the different challenges and struggles we face in the production of machinery. Aside from that, we also understand the business with our customers and different levels of the production company. 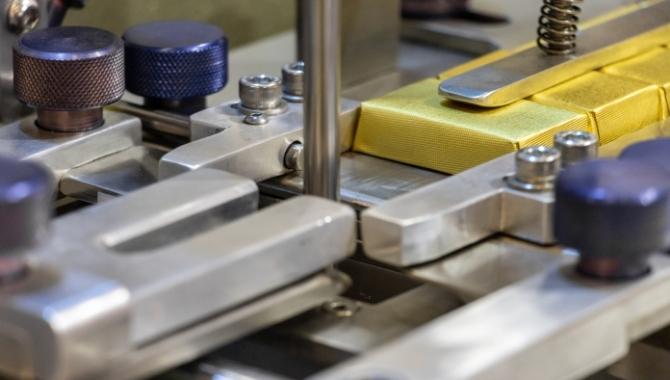 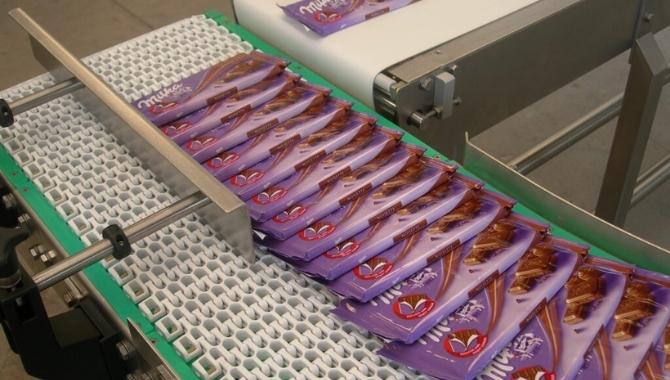 JOCHAMP offers an innovative system of machines and develops the proper wrapping for chocolate products and ensures the excellent wrapping design with its highest quality. The wrapping machines from JOCHAMP and its systems can cater to tenderly wrapping chocolate products in several or single steps.

The Value Creation of our Chocolate Wrapping Machine

When it comes to wrapping chocolate bar machines, JOCHAMP can bear every specific requirement that our customers demanded. We develop a high understanding of our work and always try to manage our real responsibility of providing good quality wrapping machinery.

Our transparent and flat social scale can ensure an established atmosphere and fast decision-making. JOCHAMP integrated management project and participation of all pertinent areas of our business can ensure quality, lean process, and maximum transparency. Be ready to make the best better by trusting our wrapping machinery. 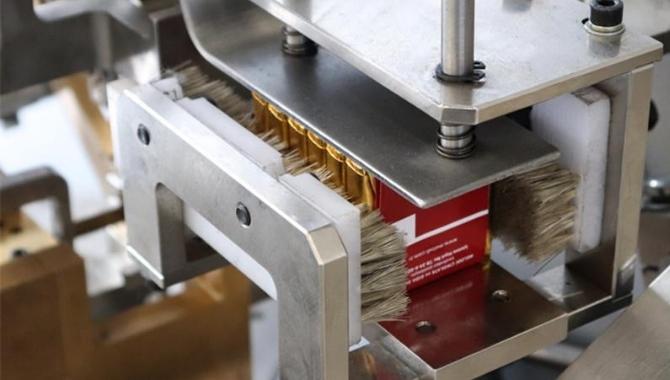 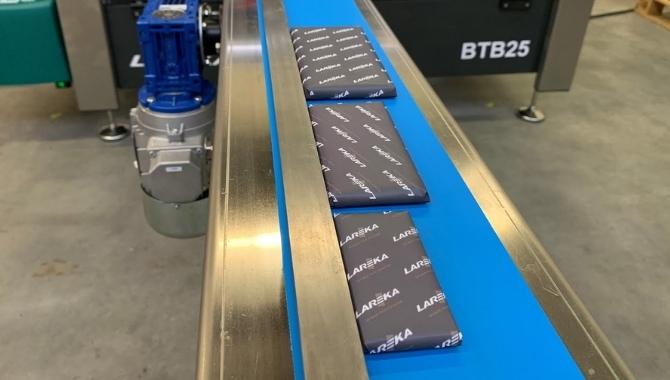 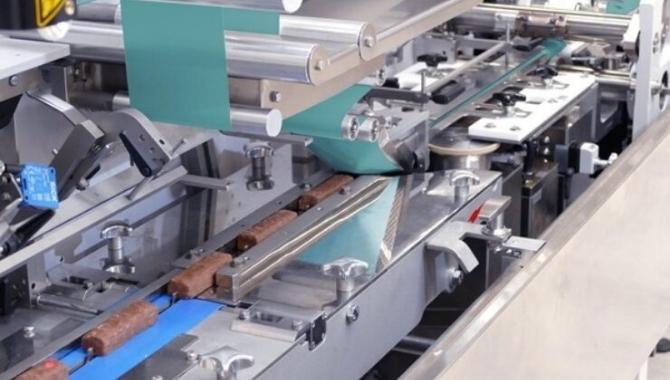 We have our service objectives, and it is the no complaint customer service and also no product quality complaints. JOCHAMP also strives the warm, timely, thoughtful, and effective service standards. In the vicious market competition, we always put our customers at the center, always consider and put our customer’s minds.

Because of that, we conclude with the mindset of “providing our customers not only to meet their expectations but even to exceed that”. With our sincerity and enthusiasm for our customers, the philosophy of “customer first” are truly reflected in our prestigious company. 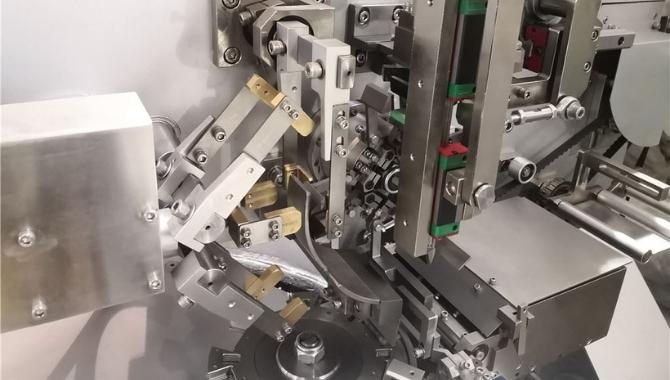 Our company is working much harder to improve the right packaging solutions that we provide to our clients and guarantee the quality and ideal packaging design. JOCHAMP chocolate bar wrapping machines can handle every chocolate product with excellent care in every staging process.

For us, designing and providing high-quality standards of chocolate wrapping machines also means providing solutions and satisfying the specific needs of our clients. For your wrapping machine needs, don’t hesitate to inquire and message us now! 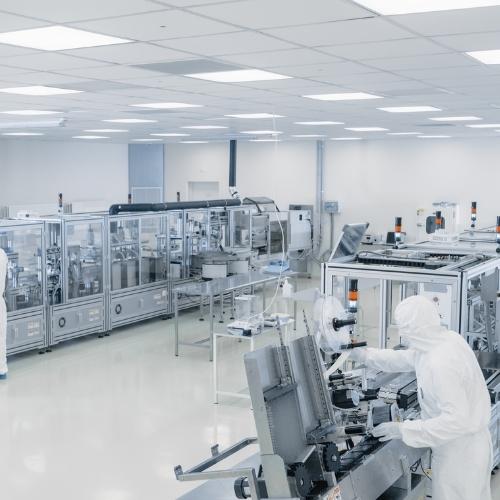 JOCHAMP invests big capital to create and develop the R&D sector and can promote the latest and new technological applications. These sacrifices we made will allow a great evolution and improvement of the wrapping and packaging solutions.

Our company has also its own Research Centre. These facilities are known as the heart of research and development activity. JOCHAMP acts as a sponsor and partner of some universities, laboratories & research centers, and higher education institutions in China and other countries. 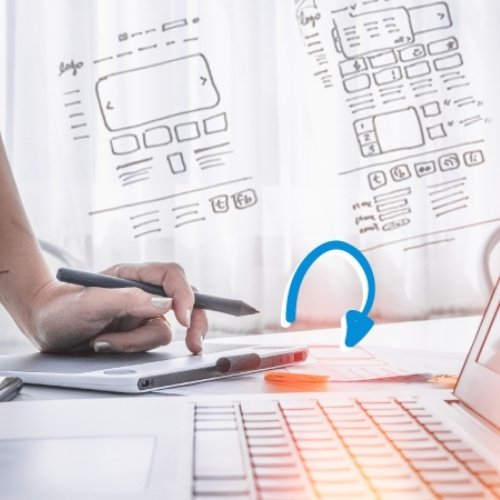 JOCHAMP distinguishes the ability to improve and develop exclusive technologies to run every phase of the production process. Specifically, JOCHAMP is one of the leading suppliers of wrapping and packaging machines for different industries including the chocolate industry.

For the past few years until now, JOCHAMP has developed and emerged technological innovations process that is capable for us to become an international reference standard. The ability of JOCHAMP to work by the side of our customers and to implement great technical solutions has strengthened our company’s role as a capable partner in responding to the real market and customers’ needs. 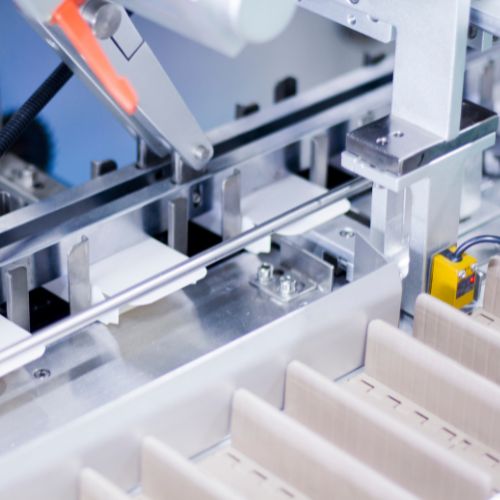 The JOCHAMP’s deep knowledge of the processes and the materials are the foundation of our ability to develop and improve our excellent services and innovative solutions for customers around the globe. Our company obtrudes for our daily’s research activity for the new materials we can use to improve our machine designs.

For any kind of material type uses, JOCHAMP has the ability on developing substantiate solutions and implement required laboratory assessments in-house. Because of this, the customers ensure an excellent result for the wrapping and packaging machinery.

JOCHAMP always strives to create a predictive model of wrapping machines to improve the innovation of machines and to provide efficiency gains, emission reductions, and net cost savings. Our technological innovation, expertise, and knowledge are our great assets as a leading manufacturer of chocolate bar wrapping machines.

Does Chocolate Bar Wrapping Machines are Exclusively Use to Wrap Chocolate Products?

What Type of Packaging Materials Used for Wrapping Chocolate Bars?

The primary layer of chocolate bar packaging is usually made with thin aluminum foil with a thin film paper wrapped on it. Then a box or plastic wrapper is its secondary packaging.

Which Packaging Do You Use For Chocolate Bars?

The following packaging is used for chocolate bars;

This involves a banding paper around the chocolate thus the process can either be in the form of great and it should be thick.

Chocolates are wrapped in a decorative paper sleeve to attract customers’ attention.

When Aluminum foil is used, it attracts customers’ attention and is also easy to fold hence enabling the customer to save the remaining chocolate bar.

The method is used when there is a danger of heat that can easily destroy the chocolate. Therefore, Aluminum or paper is used to wrap around the chocolate without using heat.

This packaging is proven to be hard to recycle thus most manufacturers do not prefer this to paper and Aluminum.

This method uses a label to seal the wrap around the chocolate forming pleat around it and can be used in non-rectangular chocolate products only. 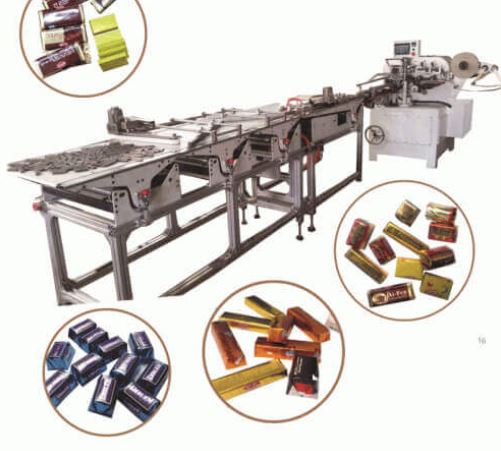 Why Is Foil Best For Chocolate Bar Wrapping?

A foil packaging offers the best and standard protection thus protecting the wrapped product from excessive temperature and maintaining a low rate of vaporization.

When Aluminum foil is used, it attracts customers’ attention and is also easy to fold hence enabling the customer to save the remaining chocolate bar.

Foils are usually thin and have many layers that preserve chocolate for a long time when not exposed to light, heat, or humidity.

Some of the most common chocolate bar machines include:

The chocolate bar wrapping machine is a machine that offers various wrapping solutions.

Therefore, the chocolates can be wrapped in paper Aluminum in the form of cubes and many other forms.

The chocolate foil wrapping machine uses different types of foils to package the chocolates into balls using a converter mechanism. 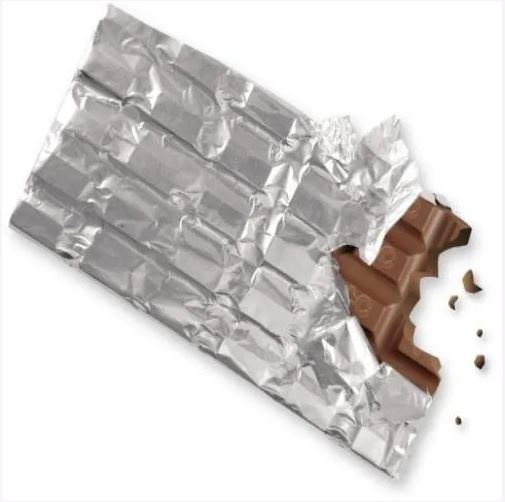 Both machines use the same technique of wrapping the products before proceeding to sealing and labeling the packages.

Both machines are automatic hence speeding the wrapping process of wrapping chocolate bars and they have special features like sensors that ease how you can operate the machine. 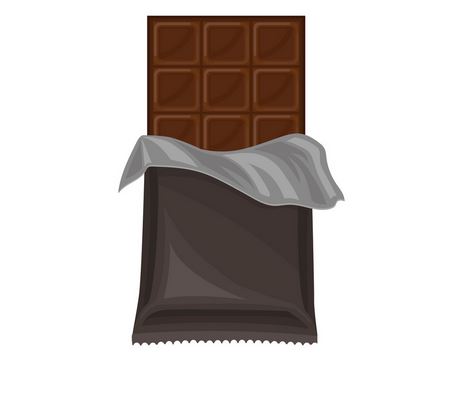 The following are the features of a good chocolate bar wrapping machine;

A chocolate coin wrapping machine is a machine used to feed, fill and seal chocolates in the shape of a coin while a chocolate bar machine offers various wrapping solutions. 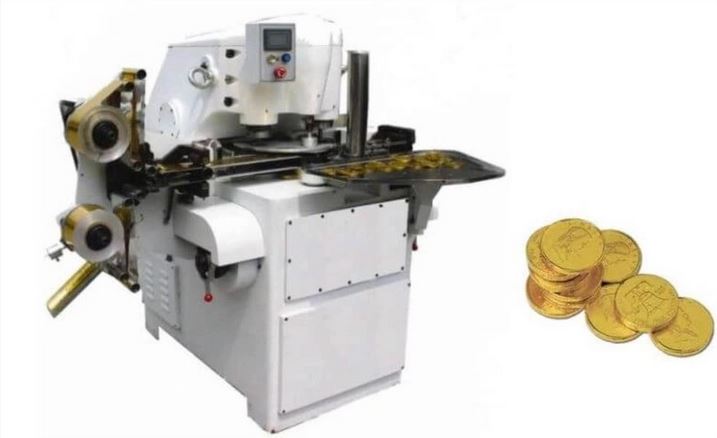 Both machines are automatic hence speeding the wrapping process of wrapping chocolate bars and they have special features like sensors that ease how you can operate the machine.

The machines occupy a wide range of floors thus requiring a larger room to set up the process.

Both machines use the same technique of wrapping the products before proceeding to sealing and labeling the packages. 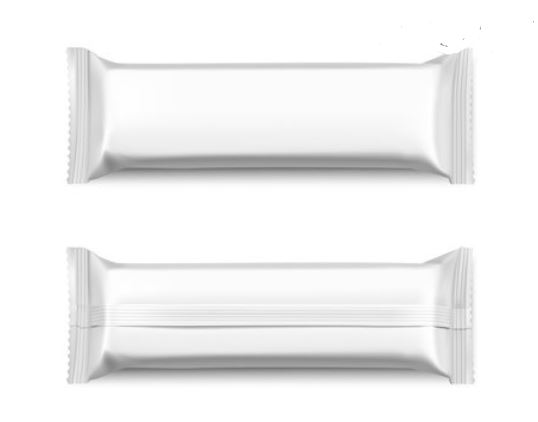 Wrapping the chocolate bar has many advantages and these are some of them;

Different chocolate bar companies use this machine in various products such as;

You must encounter problems when operating with the machine and some of the chocolate wrapping machine problems and their solutions are;

Film Jams At The Forming Tube.

Excess pressure on the vertical seal band can lead to this problem since a hot vertical seal will cause the film to stick to the machine.

When wrapping the chocolates, use proper parameters to decrease or minimize excess friction on the moving parts and heat.

Creases On The Film.

Ensure you check the tightness of the belt and when it is too tight, loosen the belt for the wrapping to work continuously well without this type of problem.

You can also make sure the film drive couplings and gearbox are adjustable to enable the film feed belt to move smoothly.

Difficulty In Pulling The Film Down Through The Forming Tube.

Ensure you clean the forming set properly since the dirty forming set and wrong alignment of the setup collar will cause this type of problem.

To prevent this type of problem, you can also make sure the alignment of the setup collar and the forming collar is correct.

Film Runs Off The Center Of The Machine.

This problem is always caused when the belts are wrongly aligned to the tube, the roll of the film must be in the middle of the film spindle or the roll is loose on the carriage.

Align the belts of the wrapping machine before starting any procedure and also you can replace the wrapping film with another to fix the problem.

A longer bag length is caused by poor setup of the registration photo eye thus set properly the photo eye to avoid this problem.

Difficulty In Unwinding The Film.

Adjust the forming belt since the high contact pressure of the belts will lead to difficulty in unwinding the film and you can replace it if the problem is still there.

Clean your machine regularly since dirty forming parts also lead to this problem.

Film Does Not Track Properly.

Replace the film feed belt with the one that has proper threading because improper film threading causes inconsistent bag length.

Single twist chocolate wrapping is a technique where a chocolate bar is twisted once hence to preserve the shape, texture, and fresh flavor of the product.

Double twist wrapping is when the chocolate is wrapped twice to prevent chocolate from breaking easily. 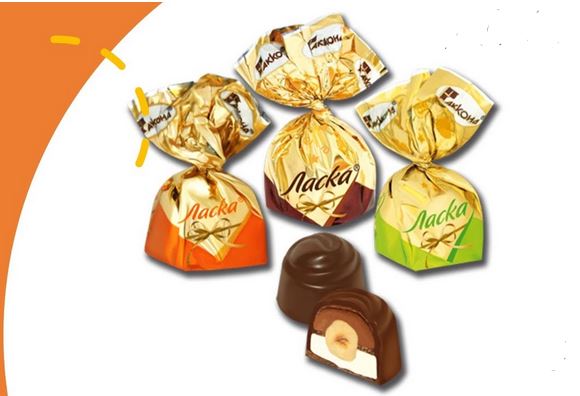 Single twist wrapping products cannot be exposed to air for a long time since they most lack resistance to heat and might damage. 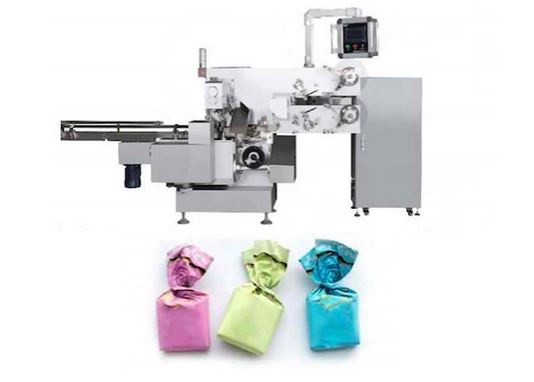 Double twist wrapping is recommended for chocolate products that can be exposed to air hence to prevent them from getting damaged.

For all your chocolate bar wrapping machines, contact us now.